The next two months have a distinct international flavour to them.

We leave  at 3 am on Friday morning for our trip to Denmark. We are off to the week long Fionia Agility Cup in Denmark. I am looking forward to the challenges of the European courses in helping me prepare for the European Open at the end of July.  I will be running Zaz and Giz-mo and bringing Yay along for the trip. It is always a great week of agility with so much to learn. The trip had a little hiccup when we found out a few days ago that our overnight ferry (England to Denmark) was cancelled. It seems they had an accident when docking and the ferry hit the docks at the end of a trip. A  hole in the side of the ship caused the ship to start taking on water! I am very very grateful we were not on that crossing! The ship is still out of service (not that I would have been keen to get on it!) and now we have to do the trip via the Eurotunnel and drive 9 hours from France through Belgium,Netherlands and Germany to Denmark.  A long drive rather than a relaxing overnight cruise but at least we can still get there in time.

Giz is coming on nicely; what a cool dog he is. He will be running in Class 2 in Denmark and I think he will be up for the challenge. When I originally entered the competition back in January he was not even competing yet and did not weave or do full contacts! So sadly I only entered him in the lower classes and did not enter him in the "open" classes which are the classes needed to get into the finals at the end of the week.  Silly on my part! I should have had more faith in my little guy! Even so he has 2 runs per day so hopefully we will make them count! Here is Giz at Lansdown running his last Grade 4 agility class as he moves up to Grade 5 at his next shows.


After our week in Denmark we head  back to England just in time to turn around and go back to Belgium for the European Agilty Open!  Zaz and I will be well and truly European.

I am really looking forward to the European Open. As the World Agility Championships will be in South Africa this  year I had no intention of trying out for the World Team. The European Open was the competition I wanted to focus on . Happily Zaz made the team and we are one of 4 British small dogs competing.  And to make things even more exciting the 2013  European Open will be indoors!  It is taking place at the same venue we competed at for the WAO 2012. How nice to feel relaxed and not to have to worry about the rain, mud or extreme heat!   It is also feels comfortable knowing what to expect at the venue; this takes away much of worry and stress of travel.  The only thing I am not looking forward to is having to travel there on a coach. I would feel much better driving in a car where my dog can relax and I don't have to stress about packing! Unfortunately I don't have a choice in this matter so we will just have to get on with it.  Dennis is not thrilled to be joining me on the coach as he knows all the horror stories of past Team GB coach  trips. The last time we both went on a coach together was about 10 years ago on a trip to Austria. We both swore we would NEVER do a coach trip again....uh-oh.

Anyway the EO should be an amazing competition this year.  Zaz and I are ready!

Zaz won her 8th Championship ticket this month at Thames Agility show. Not a bad  record for a dog that I do not compete with that often! 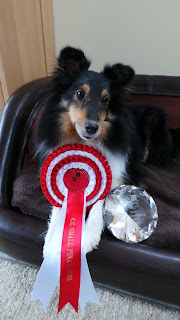 After the EO we return to England to compete at the KC International Agility Festival.  I didn't go to the Festival last year as I did not enjoy it two years ago. The ground was too rough and the day parking was too far away. This combined with the  death of a well loved competitor during the show and a horrible dog on person attack just  gave me a bad feeling about the venue. This year the show is a new location and I am going to give it another try.  I now have Giz to compete with in the Novice cup and a reservation in a nearby posh  hotel so I am actually looking forward to it! I have heard  that there will actually be American competitors coming this year along with competitors from more European countries. It should should be very exciting!

After all that European Agility it will be time for a non-doggy adventure! Dennis and I will be off to Italy for a holiday. I am really looking forward to that and working hard on my diet so that I can splurge on amazing Italian food and gelato!

So an exciting and busy July and August. We will be finishing up our International summer with a long awaited visit by some friends from New York! 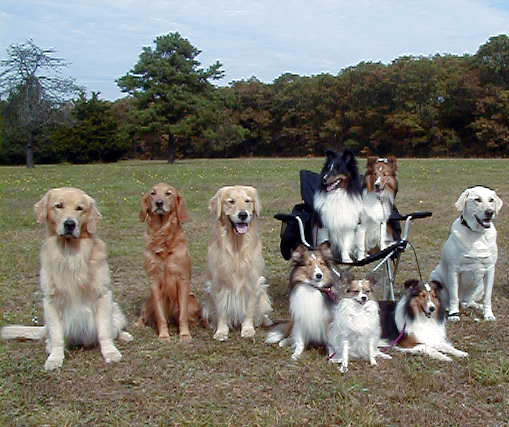 Now fingers crossed that Zaz holds off coming in season until late September and  then maybe we can add in another European trip for her.....

The only problem with all this travel is that I will miss my chickens! 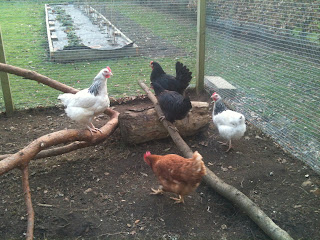