Giz-mo has not gotten much attention on the blog but, rest assured, he is still here!  My little dude is just the cutest boy in the world; not that I am biased or anything. 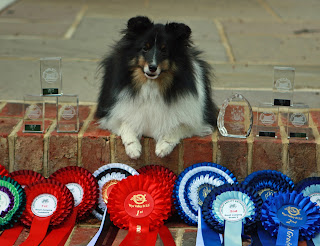 Giz started his agility career in April and won his first class at his first show. I think he will take a little while to mature but that is OK with me.  I do find the girls easier to train and compete with but Giz is so darn cute that anything he does is fine with me! He now has about 5 weekends of competition under his belt and I am enjoying him so much.

Here is Giz in his first ever competition run.

And here he was two weeks later at his second show. Already we are both looking more sure of each other!

My goal for Giz this year is to move up to Grade 5 before the KC International Festival, get into the Novice final and qualify for Crufts.

Two weeks ago I brought Giz and Zaz over to Jersey (Channel Islands) to compete. I was excited to have 3 days of competitions with Giz to start feeling more like a team with him. Unfortunately I was disappointed to find out that they would only have wood/sand contacts at their show. Giz has really only been trained on rubber contacts so I decided to only compete in the jumping classes rather than confuse him.

Luckily the team and pairs competitions were jumping only. I think Giz will be a great team dog as I can actually control him on the start!   Giz ran clean in both his team runs and in his pairs. His pairing with his brother Fuze came 2nd only to Zaz and her partner Smudge! Unfortunately no video of the pairs just a photo of four gorgeous shelties: Fuze, Smudge, Zaz and Giz-mo. 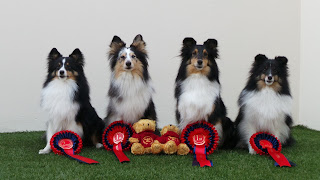 Giz-mo and I ran for the "Rest of the World" team as there were not enough small/medium English dogs to make up a second England team.  Giz and I were paired with two French competitors. Both girls were worried and kept telling me not to expect anything. I just smiled as they didn't realize how inexperienced Giz really was and how relaxed I am about teams.  Giz surprised me and was a little star who ran fast and clear in both the semi and the final. We were lucky that even with many faults in the semi-final our team scraped through to make it to the final on the last day. Then in the final our team ran 3 clears to WIN the final! Giz has now won his first Jersey Festival Teddy Bear!

The "Rest of The World" small/medium team Final run. 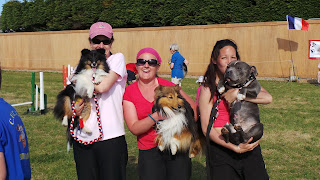 Yay turns 1 year old tomorrow. She is a delight to own and I can honestly say it was worth all the stress bringing her over. These photos were taken last week in Jersey (Channel Islands NOT New Jersey!) 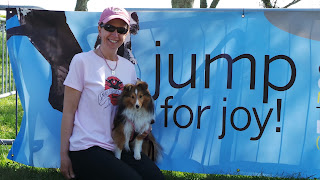 While walking on this beautiful beach I had to get some photos of Yay. It wasn't planned....but when I looked at the image on the screen I just smiled.... 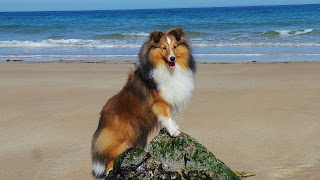 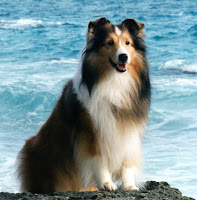 Just in case you thought Yay's 2 x 2 weave video was special; here is her first attempts at running contacts.   I don't think I should video when  training alone. LOL

How can I explain who Monty was? He was a dog that belonged to many.

He belonged to Toni Mapes who bred him and loved him and gave him the greatest name: Toven The Full Monty. Right from a pup Monty loved to lie on his back and show the world he was a man.

Monty belonged to me. I saw him as a pup and fell in love with him. When Toni offered him to me to show almost 2 years later I took him home and trained him in agility. He liked doing agility with me but he never loved it. He was a lover of people and the girls and he preferred to flirt and play. Monty almost did not come with me to England; when we realized we were moving I felt that I had to  give him back to Toni. I drove to her house to return him and was just about to walk out the door when we both started crying. I didn't want him to go back and she didn't want me to leave without him!  I gave Toni a hug and put  Monty back in the car and happily planned for him to come with us to England. 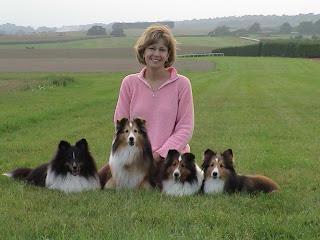 He was always smiling. 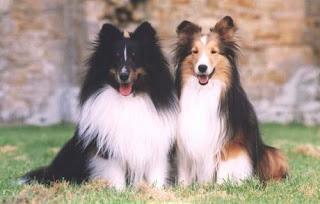 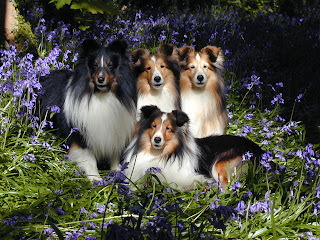 Looking at this photo makes me realize how much Giz-mo reminds me of his grandfather Monty. 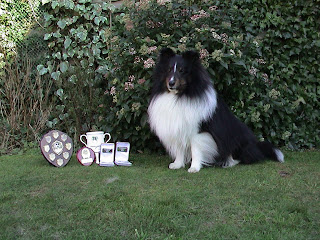 Monty belonged to Johanna who kept him for me when we moved to England; she showed him in breed and won two championship certificates and in agility where he went onto to achieve a Danish agility and jumping championship. 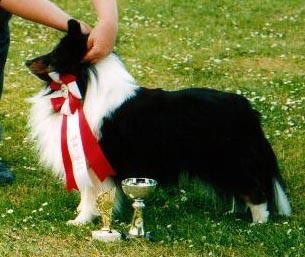 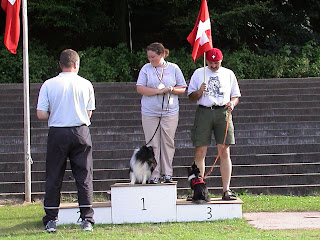 Monty belonged to all the owners of the girls who bred to him. After Monty produced his first litter here in England it was obvious that he could produce lovely working shelties. He would never be used again in England as the English breeders would not appreciate him. So he went to Denmark to Johanna. Monty spent many years happily siring puppies for some special girls.  Monty was not over used; Johanna was very careful to try and only breed him to bitches owned by people who were carefully checked. This paid off as Monty's offspring were regularly running and winning at top International agility events. I don't even know all the statistics but just at the European open and FCI World Champs he has produced at least one Gold Medal winner, one silver medal winner and two bronze medal winners in his children and one Bronze individual winner in his grandchildren. He has  many agility champion children and grandchildren in multiple countries.

This photo was taken in Denmark as we wanted a photo of True and Monty with their gorgeous and talented son Unique (EO Gold medal winner OBay Truly Unique).  I have just realized that I have no photo of Monty and daughter Zen together and that has made me cry again....


And finally Monty belonged to Marianne. Marianne borrowed Monty to run in agility and the two of them went on to do amazing things. Marianne brought the best out of Monty; she figured out how to make agility fun for him. More importantly she loved and cherished him during his last years and for that I am so grateful. 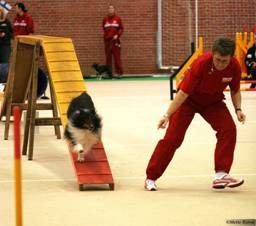 Monty at the Nordic Championship winning Gold along with his son Unique. 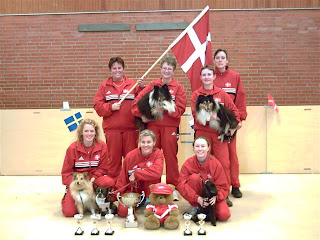 I  hoped to see Monty again when I came to Denmark in July. I had plans to try and get him together with his many children and grandchildren for a special portrait. I also wish I could have been with Monty at the end; I felt as if I owed that to him.  I am grateful to Marianne for calling me and letting me know how the end was for Monty and that he was buried in a special place. I couldn't stop crying when she told me he was buried next to his special friends and that he was buried with his bed and special agility lead and wrapped in a purple blanket. 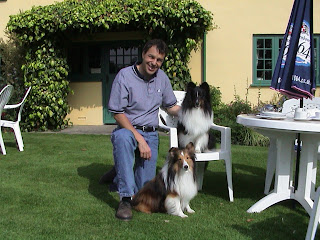 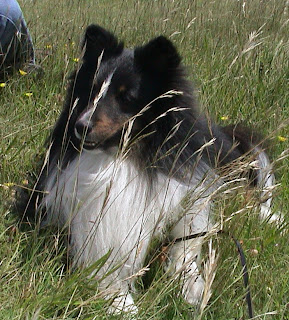 How do you summarize 10 years of Zen?

Zen turned 10 yesterday. I wanted to do some incredible video montage or put photos to music or do a big party or just do something to explain how amazing this little dog has been for the past 10 years.....Instead we just spent the day out in the sunshine, doing a little agility and randomly hugging Zen for no reason.  Priceless. 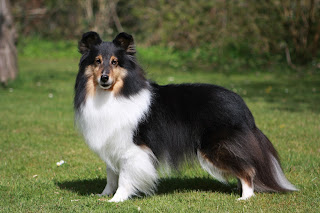 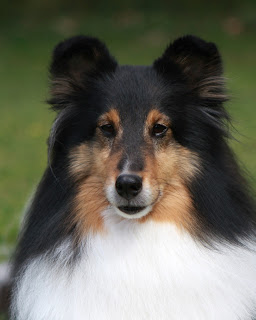 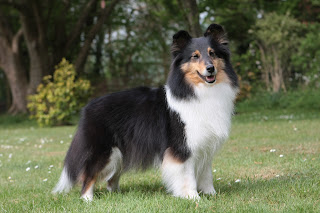 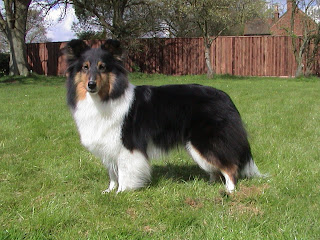 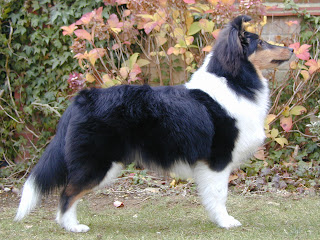 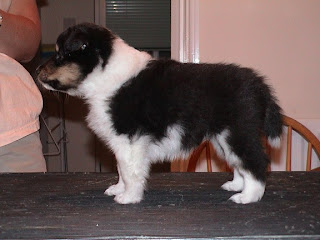 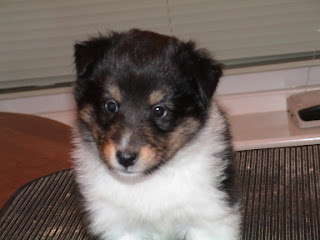 10 years ago an TRULY amazing litter was born. Not many people know or understand the determination it took to produce this litter. Many people in many countries shared in all the planning, frustration, tears and then finally smiles, hopes and dreams.... It paid off and produced 6 amazing pups.  Happy 10th  Birthday to Zen, Unique, Chi, Bailey and Timmy. And special thoughts for  Lucky, gone but never forgotten. 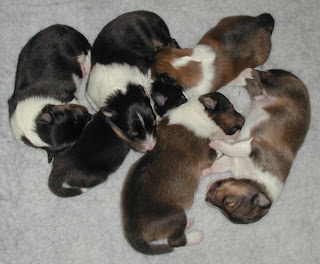