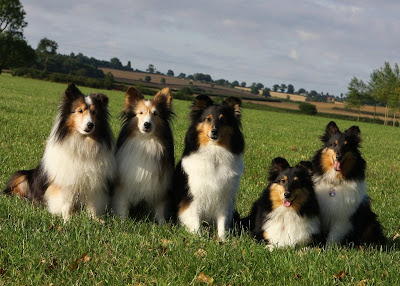 I don't know why it surprises me each year when I am so tired after the KC festival! It is such a big show at nearly 20 rings and 2,600 dogs from 24 different countries. The walking seemed never ending! We had a lovely camping spot and this year all the camping was much closer than the previous years but it still took ages to get back and forth to the rings.

The grounds were lovely. They were at a stately home called Kelmarsh Hall. I thought it was great but wondered how the bride and groom who got married there on the Saturday felt! I personally would think it would be great to get married at a stately home with the worlds largest agility show in the background but I am not sure most normal people would be as happy.

We got there on Wednesday to help check in campers for Thursday. It was nice to get there early and just enjoy the scenery and the lovely grounds. 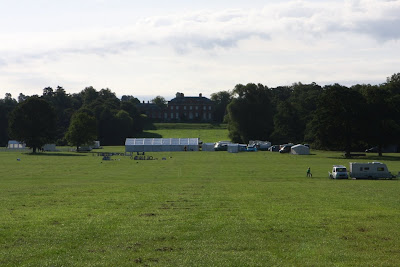 Of course the peace soon ended and the riff-raff started showing up and 24 hours later it looked like this! 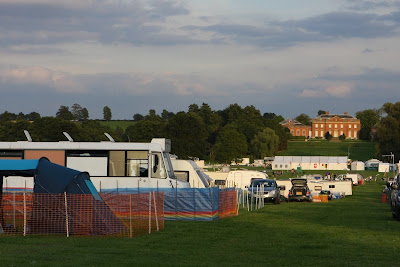 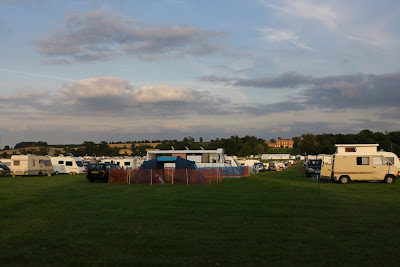 Results-wise we had a good weekend. On Friday was the all-important Olympia Semi-final. We needed a top 10 place out of 40 dogs to qualify for Olympia 2009 and I knew it wouldn't be easy with all the border collies who were running. The course was pretty straight forward which is not usually good for us. We got lucky that alot of dogs had difficulty at the dogwalk-jump-long jump combination. Due to a tricky sequence before the weaves it was advantageous to be further down the line after the long jump. Because of this, handlers were leaving their dogs to complete the long jump on their own and so many dogs sliced the long jump and incurred a refusal.They then incurred an elimination once they continued on to the next obstacle.

Here is Zen's run which was going FAB until we sort of forgot there was that last obstacle! haha. I have had to work very hard with Zen to get her to go on after the last jump and for once she does it...but it was not the last jump! She was practically out of the ring! Bless her!

Karen and Todd also ran in their first Olympia semi-final and also qualified for Olympia 2009! Yeah for little Todd! (OBay One Helluva Charmer) 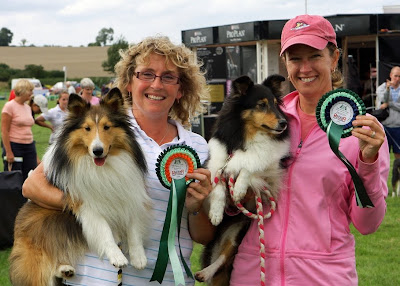 The rest of the weekend was good for Zen and I. Zen won the British Open which qualifies her to run for England at Crufts. She was part of the England 1 team along with Alan and Jude and Adam and Zoom and we won the Medium Nations Cup! I enjoyed running the British open and nations cup courses as they were set by the international judges. Good practice for the World Champs! Thanks to Alan and Adam for being good team-mates. 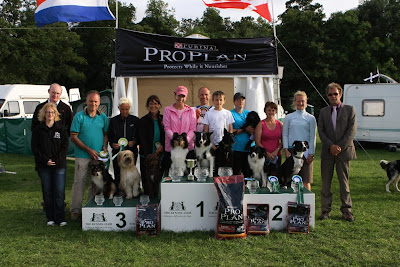 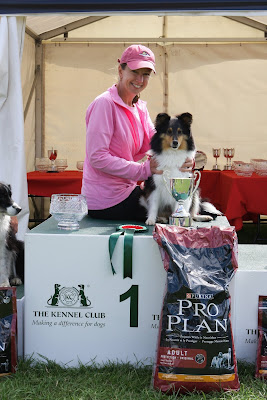 Posted by OBay Shelties at 7:59 AM

Congratulations! What a fabulous result and it certainly looks like you had a fun time, Loved the video with the commentary. Is that a common thing?

Congrats again Bernadette--I am so happy for you! Are you coming home to Springfield this year? Miss you and Johanna!!!